DIY Countertop Compost Pail from a Formula Can 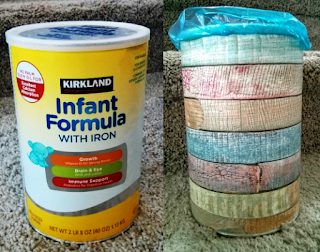 I recently got into composting. It's super fun! We have our own double compost tumbler in our backyard (bought from Costco, though this one from Amazon is comparable). The problem is that you really need something to collect kitchen scraps throughout the day, and all the ones I could find online were ugly, overpriced, glorified garbage cans. So I set about making something better, at a significantly lower cost.

I've mentioned before that I love DC Fix Adhesive Film (which is like a thicker, more durable contact paper) in the Rio Wood pattern, and I had some left over from another project. And since we still give our daughter a bottle of formula before bed, we have several empty formula cans sitting around. I decided I could do something with this. 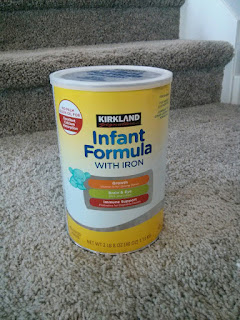 I started by wiping the inside of the formula can clean. I used one of the Lysol wipes that we keep on hand, but you could do the same with a damp cloth or baby wipes. 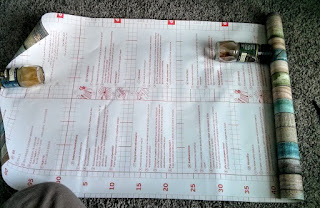 Measure the adhesive film against your formula can and cut a piece that is the appropriate size. This is made significantly easier by the grid printed on the back of the sheet. I cut mine such that the film would cover almost the entire can, beginning and ending just below and above the upper and lower lip on the outside of the can, respectively.

Remove the backing from the adhesive film and carefully apply it to the formula can. There is no need to remove the label from the can prior to this step, unless it is damaged or you really want to. Make sure you smooth out any bubbles that may have formed under the film. 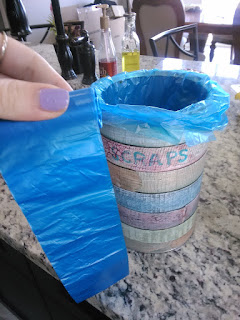 Line your compost bin with a doggie poop bag for easy collection and disposal. The bags will also keep food from sticking to the inside of the can and then rotting in your kitchen. 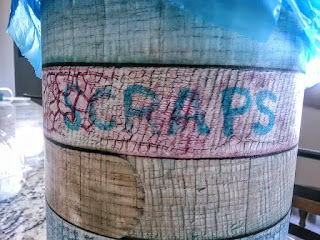 Optional: Use a permanent marker to write "SCRAPS" or "COMPOST" on the outside of the film-covered can. Be careful not to smudge this while it dries. 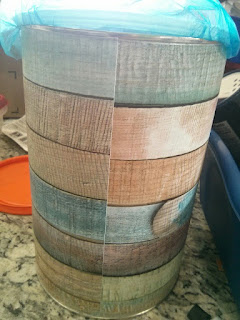 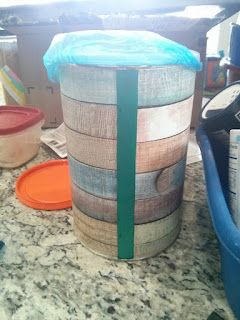 Optional: Use a piece of ribbon and super glue to cover the seam where the film meets itself. You will need to allow time for this to dry prior to use, at least thirty minutes.

Optional: Punch holes in the lid. Compost bins will smell less if you give them some air flow. I haven't punched holes in mine, since we empty it every night and use the dog bags. Instead, I put a few drops of lemon essential oil into the bottom of the can before lining it with a new bag each time I empty it. 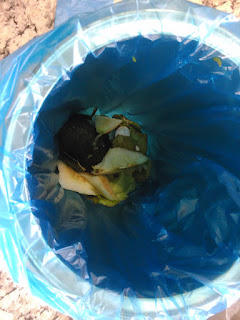